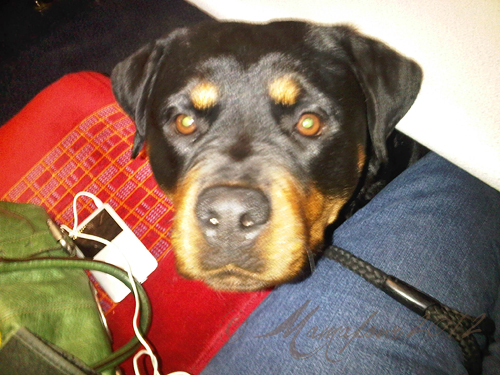 We did it! We made it to London and back without breaking anything or losing ourselves!
We left home at just after 6, collected by a taxi to take us to the station. When I got up, Blue opened one eye and sighed at me in a ‘you-have-to-be-kidding-can’t-you-see-it’s-still-dark-outside fashion, but by the time I had her lead on she was willing (ish) to go. 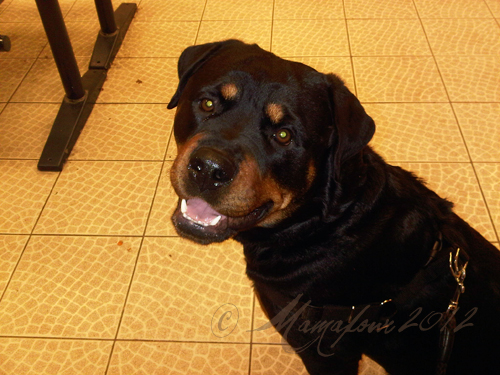 Waiting at the station, Blue was clearly baffled by the whole thing, but in her usual Go With It style remained cheerfully willing to enjoy the madness that lay ahead. 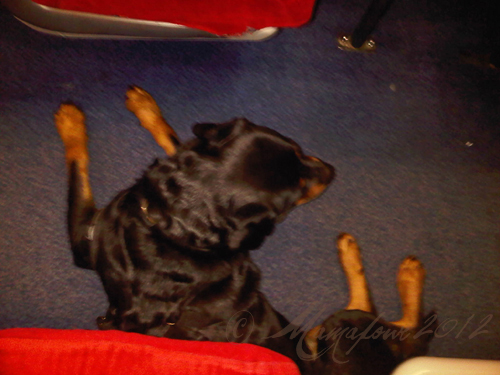 The early morning train was initially empty enough for her to stretch out across the aisle. Except the man in the dark suit who got on at Basingstoke who she took a sneaky fancy too, and kept trying to lean her cheek on when he wasn’t looking.
He clearly didn’t like dogs.
I think she knew this. 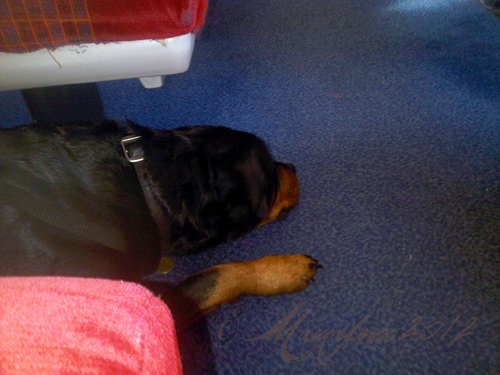 But as we neared London, the train began to fill, and Blue was squeezed under the table.. This is her with her bottom against the side wall. She’s a le-ee-tle too long for under-tableing.

And she kept on wondering if we were there yet… 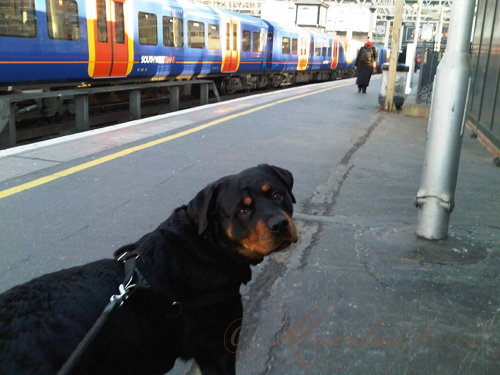 Made it to Waterloo – things are noisy, smelly, and busier than anything Blue’s ever seen. 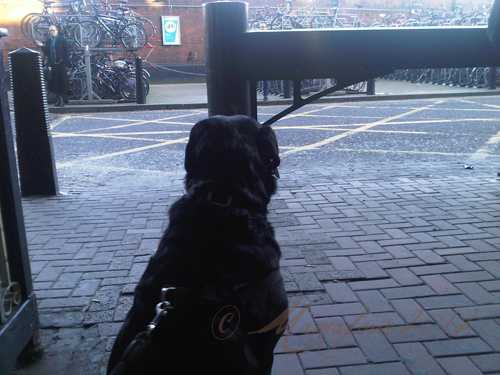 Waiting for the driver to find us in our deeply difficult at-the-taxi-rank location (waited and had various frantic phone calls between BBC person and driver person who was NOT my driver, and then driver person who WAS my driver, and BBC person, and driver again…but he found me eventually)… Blue was a temporary celeb, with countless people stopping to chat to or stroke her. 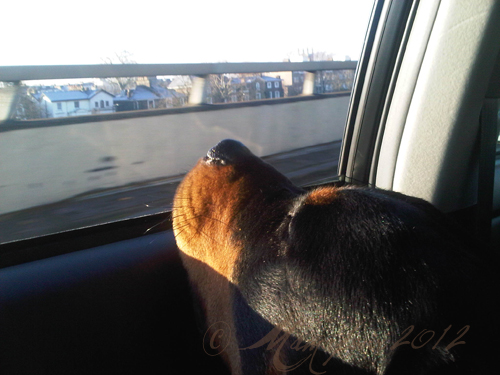 Trip across London was easy – the driver was thoughtful enough to pull the front passenger seat right forward to allow Blue lots of room behind, and with the window down to see the sights she was most happy with the arrangements. 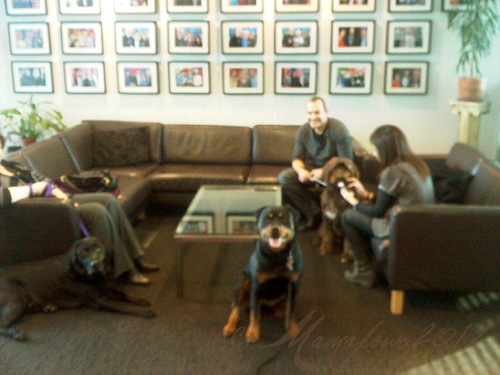 In the Green Room. All still rather baffling, but there’s a naughty black lab just waiting to be chatted up (we’ll just ignore the personality-less fluffy thing on the other side). 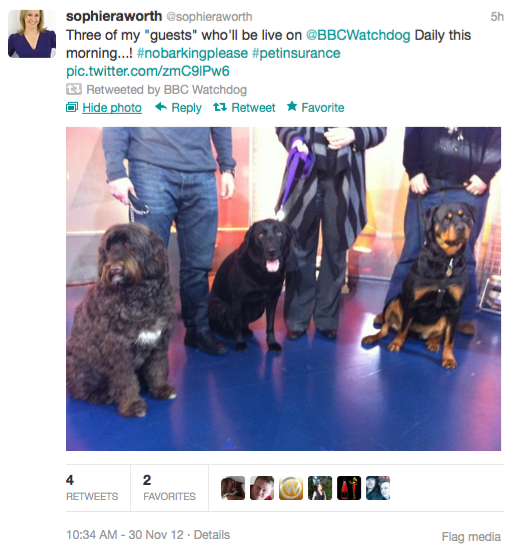 The show itself was, on the whole, annoyingly pointless. Unlike the normal watchdog show there was no investigation, no resolution, and they simply skimmed the surface of the issue with some platitudes. I’ll write more tomorrow about why we were there i the first place – and I’ll try and video the clip so that you can see Blue-the-TV-star hogging the camera ;) 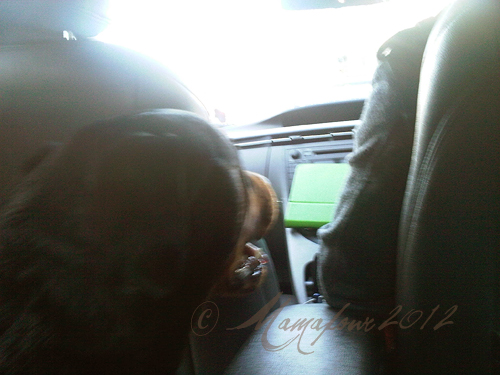 And so, brief excitement over, we head home.
New Driver does NOT like dogs. He scowls at her as she enters his car, and he’s made no effort to accommodate her so she’s squeezed into a tiny foot well behind the pushed-right-back passenger seat.
She takes her revenge by rubbing her chin on his elbow, shedding tiny tan-coloured hairs on his jacket, drooling occasionally and consistently panting heavily at him with some fine dog breath.
He’s really not amused.
I am. 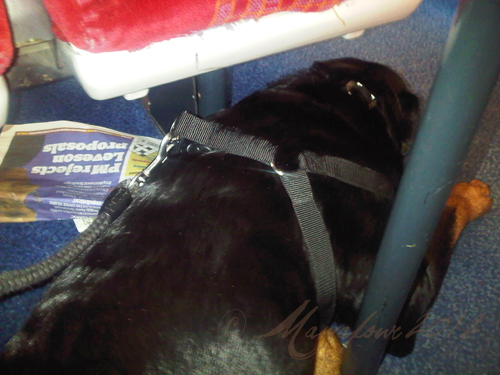 The train home is much busier. Initially we have a table to ourselves, but Blue has to stay tucked under it – this is all the room she has. Eventually the seats filled up, and all the seats round the table were also taken. You can imagine her space allowance then. But She was magnificently patient, and the ladies we shared the table with were very sweet about the galumphing canine elephant who kept sitting on their feet….

What I saw on Blue’s walk today…