Total Horrors when we opened it, though – they now want £70 a MONTH! More than it costs us to insure the 4×4. That’s a massive 50% hike on last year – and that was hiked over 100% the year before. We swallowed it last year as she’d had all her TPLO goings-on… but this year she’s had no treatments, she’s only 2, she’s fully vaccinated and up to date with no reason to raise her premiums at all.

The one reason they have given on their literature is that vets fees are climbing between 6-10% annually.

The bigger picture is that they know we simply cannot go shop around elsewhere, as no new insurance company will cover her rear legs – either for the TPLO in the other hind leg, or for any future issues which could be vaguely connected to it, like arthritis (which is obviously likely as she grows old).

So whilst irate husband was on phone to John Lewis Insurance (with no luck), I sallied forth on to the Watchdog website and vented most fulsomely, making myself feel MUCH better.

Roll forwards a week, and yesterday I received a phone call from Watchdog – could we (Blue and I) come on the show on Friday morning? 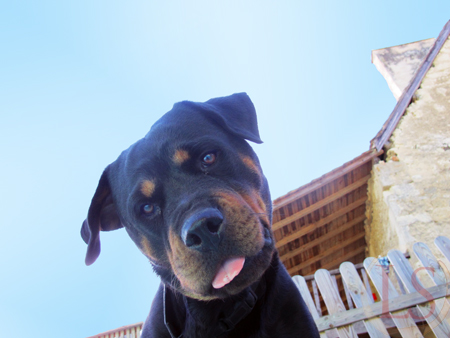 So. Blue has had her nails done, been to the gym, had a shampoo and blow dry, and is now resting peacefully.

I have filthy hair, grubby nails, a hag’s skin and a zillion things still to accomplish before the taxi collects me at 6.10 tomorrow morning. And NOTHING to wear.

Watch it – there’ll probably be a small hairy elephant galumphing  around a TV studio. Breaking things.

Christmas – how do you do yours?