We had our weekend plans dashed by the monster weather (we just didn’t fancy driving 3hrs in gale force winds, strangely enough), and weren’t sure what to do with ourselves.

So we decided there is only one thing you actually CAN do in monster winds – go to the beach!
Mindful of Boy’s aversion to whipping-up sand, we meandered down to Chesil Bank (which is all stones, and not sand) to see what the sea was doing…

We were walking along a bank of stones that is probably 20′ above the water mark – and the waves were TOWERING over our heads.

Have NEVER seen a sea so ‘BIG’… I’m struggling, and I just don’t have the words to convey quite what it was. The actual assault of the noise from the sea crashing and roaring and dragging the stones, the wind ripping through our lungs, the low growling grey sky which kept being broken and allowing patches of eye-shattering blue to burst upon us..

It was just the most enthralling, exciting afternoon.

Bear detested it, of course, and hid inside my coat the whole time (once again I bless my big duffel coat… has saved my children on more occasions than I can count) but the rest of us just watched and listened and absorbed the scene around us.

We found two dead baby sharks washed up, some kind of tropical-looking fruit we couldn’t name, stacks of cuttlefish and shells, the head of a very large fish, countless odd bits of interesting debris, and when we got bored with scavenging the tide mark we just stood and watched the sea in awe. Amazing.
Eventually, the wind dipped to a gentle murmur, the sun was dropping so fast it appeared under boiled peaty clouds and just washed the beach in orange and gold and russet and pink and beauty.

The children were cold by then (I’d have stayed til it was dark) so we headed into Abbotsbury, found a tearoom still open and had hot chocolate and pieces of cake. Perfectness.

Got home and realised just how wet we all were, just from the spray – and how utterly caked in salt. Chunks of it in our eyebrows, hair just matted and stiff… but what a brilliant day. 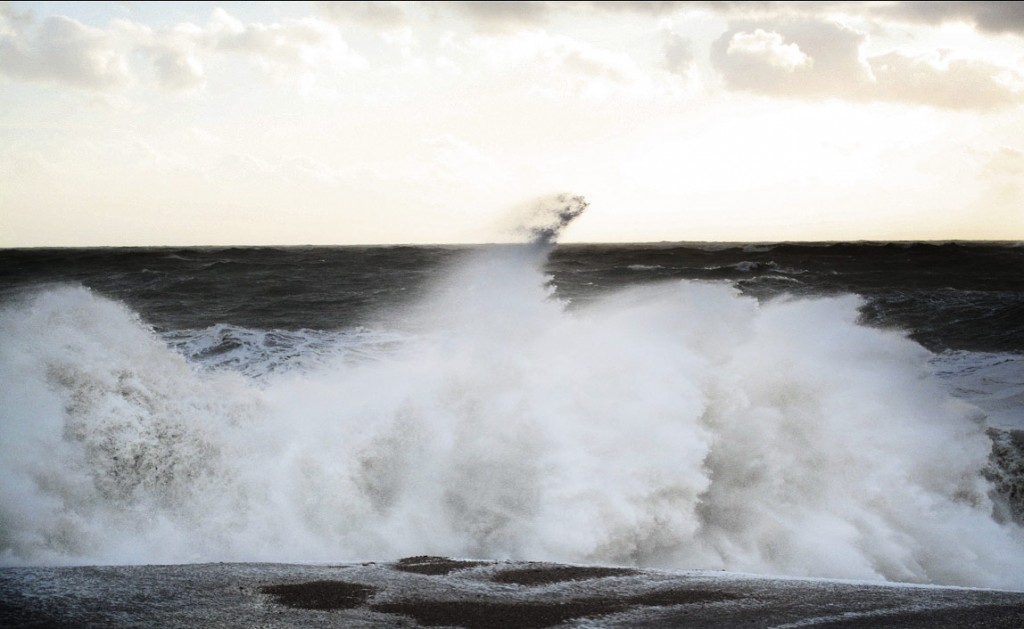 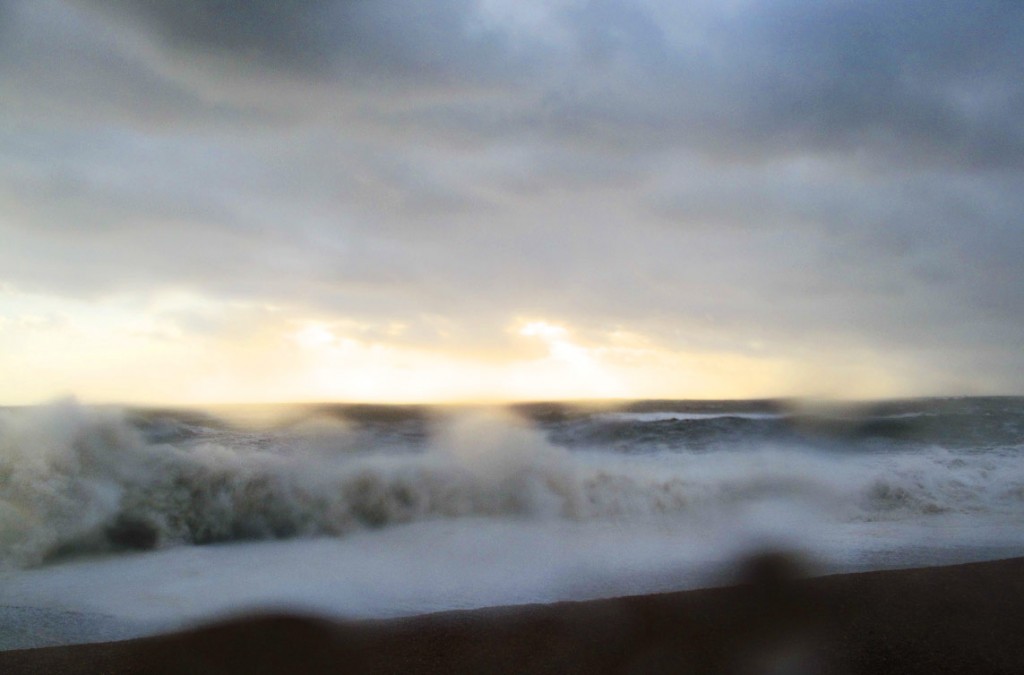 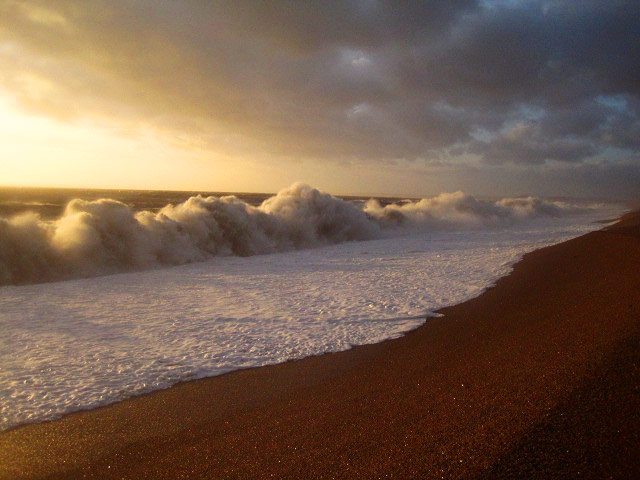 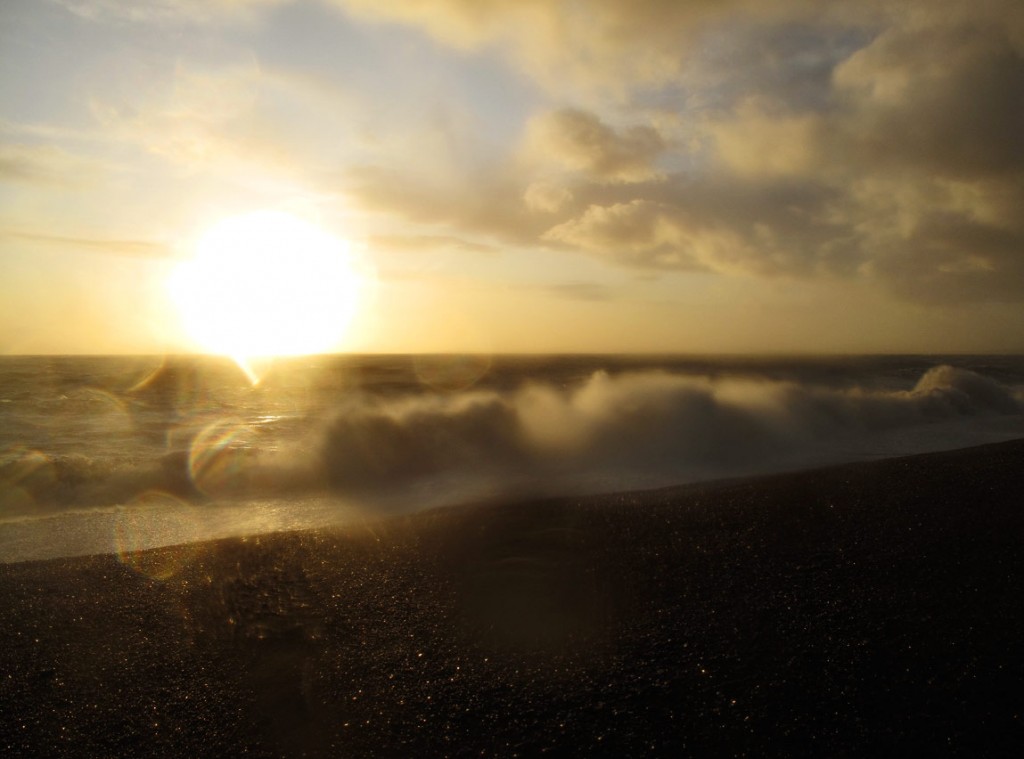