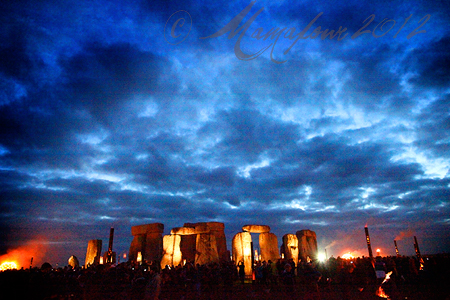 I have never been to Stonehenge.

There. I admit it.

Despite living less than an hour away, and driving right past it whenever we go anywhere except to Wales or further West… I’ve never stopped.

The thing is, I’ve never really seen the point of wandering around it in a carefully fenced ring a long way from the stones.

But. Last night we went to Stonehenge. Oh yes.

And it was… magical.

The Fire Garden was part of the Cultural Olympiad, and all we knew was that as well as the fire installations we would be able to ‘get closer than usual tourist access’.

What we did NOT realise, until we walked through the gate, was that this meant complete, unrestricted, wander-right-amongst-the-Stones access.

The Stones are… amazing. Warm… and so very tactile.

All night I saw people unable to stop themselves reaching out to touch them, to stroke them, to lean on them – many seemed to have the same need as me to simply close their eyes and just feel them.

And yes, I am quite aware how kooky that sounds. But it was undeniable.

But of course there was the fire too. All around us, large braziers, weird fire sculptures, huge roaring chimneys, large fire pits, marvellous mechanical mouse organs (well, all right, they weren’t mouse organs, they were small ‘machines’ which cast truly remarkable shadows against the Stones when they sprang to life)… and throbbing in the background there was the strange, ethereal, ancient music, oddly fitting as it flowed across the warm summers evening… 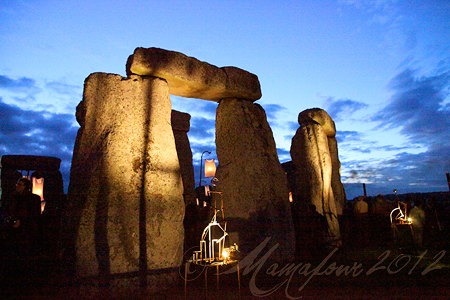 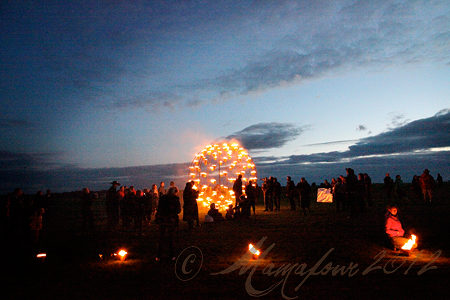 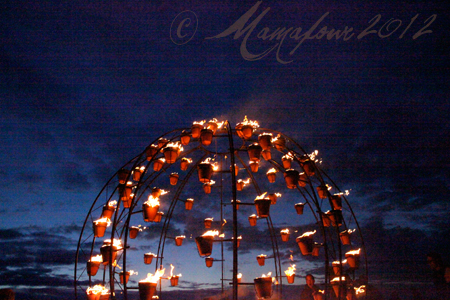 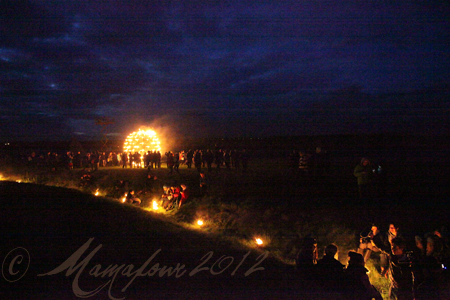 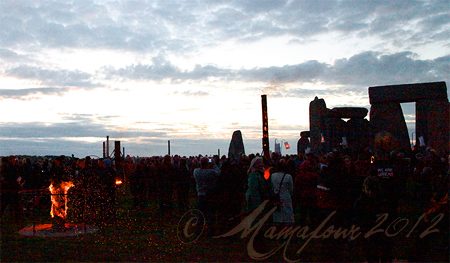 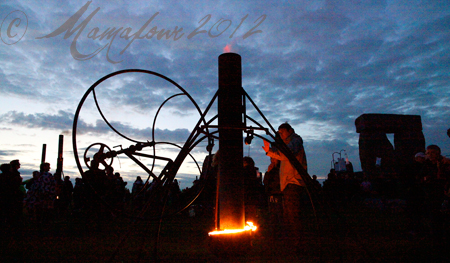 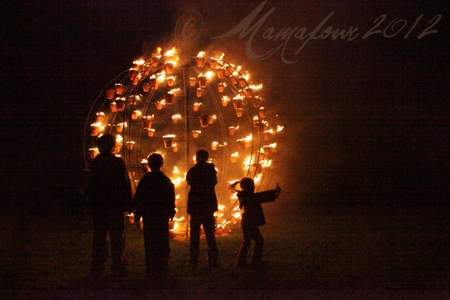 Yes. Bear is dancing. Of course.