Lunchboxes were filled, bags were packed, uniform was put on, hair was brushed and clipped, photos were taken, and into the car we got. 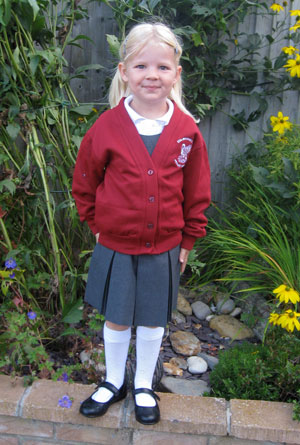 The lack of children in uniform trouping towards the school was ever-so-slightly a cause for concern.

The whistlingly empty playground was a giveaway though.

It would have been funny if the rather overly-wired Bear hadn’t been distraught at the sudden change of plans.

There may have been some roadside heartbroken sobbing.

And so. School really begins.