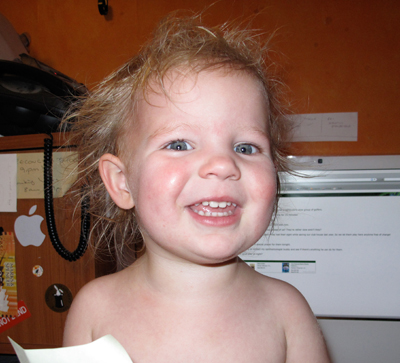 Another of Bear’s nine lives… 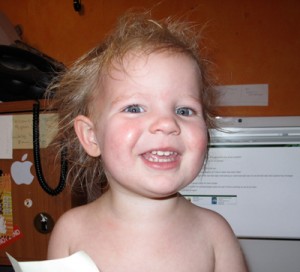 The In laws are visiting, with the dog they’re sitting for, and after a lovely lunch and obligatory cup of tea Bumpa decided to take the older boys to the park. Jolly heard, and wanted to go to, so he grabbed his shoes and ran to catch up. Bear is happily charging around the garden with the dog, C and his Mum are upstairs looking at some of his recent work. I go in to the kitchen to clear up and make another pot of tea – and after about 5 minutes I realise I can’t hear Bear. Step outside and call her, but there’s no answering “ye-e-es” warble like usual. And no dog.

Heart sinking a little I head to the garden gate, and sure enough see it wide open – bloody Jolly in his rush to catch up.

Keeping a lid on the stomach flipping, I head straight to the park, presuming she has followed Bumpa there (only 100yards, and not a real road, just back-of-houses access through some garages).

But she’s not there.

Heart double flips, panic starts to spin around my brain and I start calling her.

Don’t know where to look first.

Am in barefeet.. Back to the house for shoes and reinforcements? Not waste the time?

Calling and running I do a quick scout round, and realise between shouts that I can hear her crying faintly. Then the dog rushes past me, VERY proud of itself. I ignore the dog and try and figure out where the crying is.

Finally I track it to a garden, which is also home to a jack russell… Clearly our visitor dog thought it would make the neighbourhood rounds, and Bear followed cheerfully.

The crying gets louder, and I catch sight of her right at the far end of the neighbours garden (said neighbour is ba-a-ad, and horrid and I hope very much I don’t get caught in there…). I stand at the gate and call her, but she whimpers and won’t move and appears to be stuck. Am so bloody relieved to find her that the legs are shaking and it’s an effort to move, but I shove myself forward and reach the bottom of the garden – to find her standing in a pond. She has fallen in and got her wellies caught (thank god) in a pot, so she’s hip deep in water on one leg with second leg half-in-half-out.
In a pond.
In a frickin POND.

Physically shaking and alternately muttering angry curses at her and soothing her with kisses and sobs of relief I carried her back to the house.

I would never ever ever EVER have found her if she hadn’t been crying loudly.

She was missing less than 5 minutes, and it only took me about 2 to find her, but bloody hell.

She’s starting to frighten me now. All these near misses… One day I’m going to be 2 minutes too late. 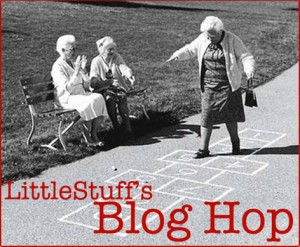 Bear and the shattering glasses – another of the nine lives gone.