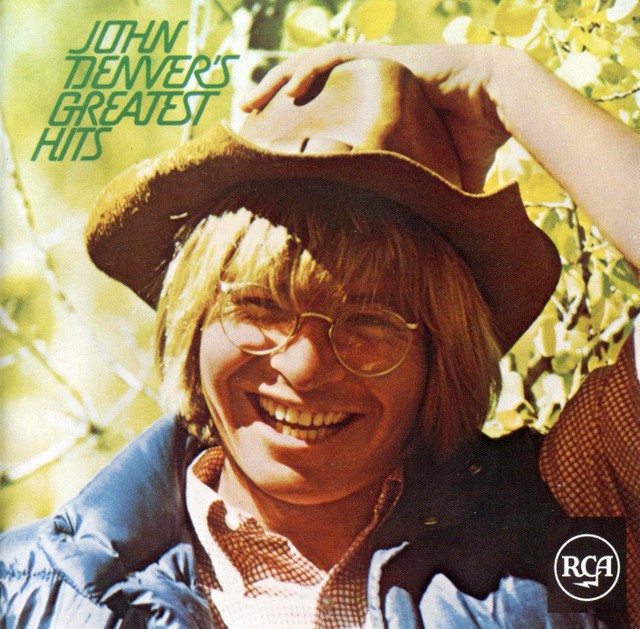 Actually, it’s never been much of a secret – I’m just not one of those people who can act cool. If I like something, people know about it. Think less ‘elegant Siamese cat’, and more ‘enthusiastic labrador puppy’ and you have me sussed. I’ve always been the same.
At the supposed height of my aware-of-the-need-for-cool-behaviour, at age 16, I bumped into THE girl in my form at school. You know the one – effortlessly glamorous, hatefully lovely, gifted academically, athletic champion… the one we all want to be friends with. We were in HMV, looking at music – and she stopped and said hello. Instead of fainting away in pride and pleasure that I was worthy, what did I say to Queen of the 5th Year? “Oh, I’m just trying to find a John Denver album I don’t have yet”

So – like I was saying. I love John Denver.

I love him for his lyrics, his passion, his melodies, his ability to make music soar like an eagle (no really, it does), his sense of fun… and that he was there with me through a lot of my formative years, singing me the lyrics I could relate to. I love many many of his songs, but one in particular has a special place in my heart – Sunshine On My Shoulders. Weirdly, it was released the year I was  born, but I discovered it when pregnant for the very first time, and I played it repeatedly to my unborn child. And it’s the song I sang all my children to sleep with. Many long hours spent rocking in darkened nurseries, small heavy-with-sleep baby bodies pressed against my chest, my face nestled into the warm silky softness of their heads, listening to their huffling breathy sighs, gently singing this song.

Now – skip to last night. Another band I probably enjoy on the same level as JD is Train. And yes, I do know that the two really don’t have much in common – except my love of their lyrics and their joy in what they do. Anyhoo last night, Train were in concert live on Radio 2. Oh, rapture and joy.

I had a baking session planned, so I whipped the children to bed, turned the radio up and settled in to enjoy. Naturally, being the good social media type that I am, I tweeted my excitement:

“Singing loudly to @train on @BBCRadio2 in the kitchen. Ignoring the fact that I’m baking a cake, and pretending I’m THERE dammit.” (from my @LittleStuff account)

Imagine how I sploshed the washing up water when, during Ken Bruce’s interview after the concert he read that tweet out. TO TRAIN THEMSELVES! Pat Monahan laughed at MY tweet! *faints*

So. All Train-ed up as I was feeling, I had a quick saunter around their blog, and came across this little notice:

We will be featured on the upcoming “The Music Is You: A Tribute To John Denver” album

What song will they be singing?

Why, Sunshine On My Shoulders.

The List of Things To Do; 1 – Dawn on WinGreen Hill.

If I only had a blue rinse…