Cormorants on MY river

Walking Blue this afternoon I rounded the bend in the river to see some weird shapes in a large tree. As I drew closer it became apparent they were large black birds – I couldn’t get really close, but they looked an awful lot like Cormorants to me. There were at least 5 in the tree, they took off as I approached, but circled in a rather disgruntled fashion for a while before deciding to retire further up river.

I’ve just looked them up on the RSPB bird identifier, and I’m still sure that’s what they were – probably passing through to more favourable feeding grounds.

I only had my phone on me, so the photos are a bit rubbish too… 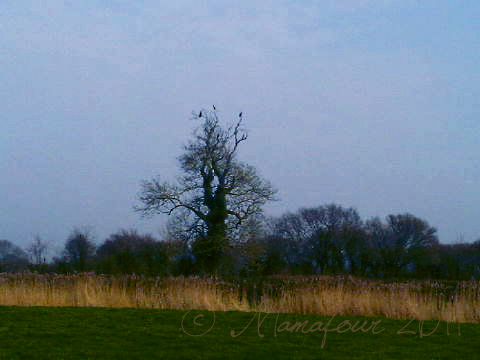 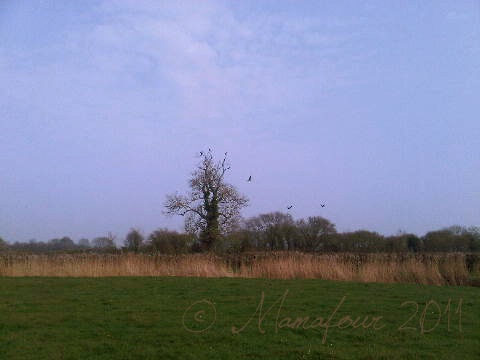 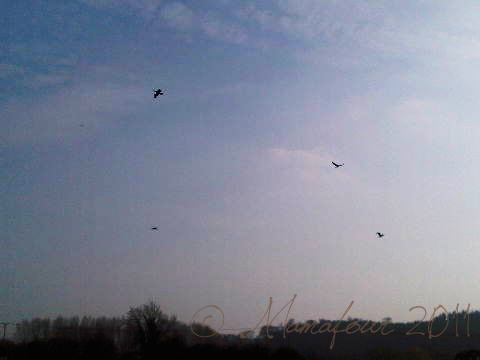 Hmmm. Now I’m thinking it was far more exciting if you were actually there… Ho hum.

We went down to the woods yesterday…

There Was A Time.